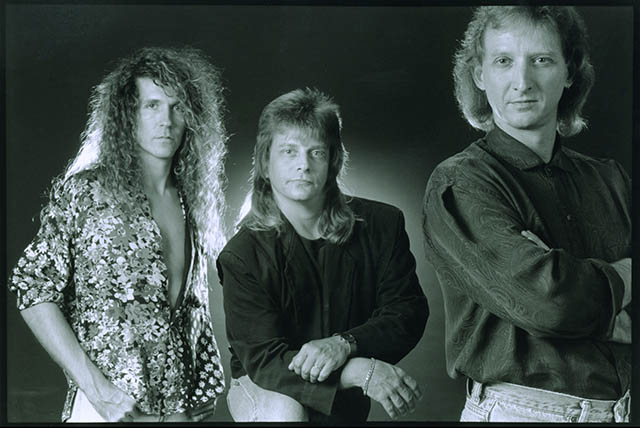 Zebra galloped out of New Orleans in early 1975. The trio, consisting of Randy
Jackson, Felix Hanemann and Guy Gelso, concocted their moniker from a 1926
Vogue magazine cover and soon won over the South and East Coast.

In 1982 Zebra’s self-titled debut album went gold and was the fastest selling
debut album in Atlantic Records’ history thanks to the radio and MTV airplay of
“Tell Me What You Want” and “Who’s Behind the Door?”. Veteran producer
Jack Douglas (John Lennon, Aerosmith, Cheap Trick) also helmed the follow-up,
“No Tellin’ Lies”. The songs range from the hard-rocking “Wait Until the
Summer’s Gone” to the Beatle-esque ballad, “Lullaby”.

With the release of their third Atlantic album “3.V”, Zebra took their career one
step farther: the album’s credits read “Produced by Randy Jackson and Zebra”.
Thus, for the very first time, the group gained complete control of its creative
output. A collection of the finest songs they have ever written, “3.V” clearly
shows Zebra’s lasting power and originality.

In all, Zebra fans enjoyed a total of five videos aired on MTV and have given
the band combined album sales of nearly 2 million worldwide.
Zebra emerged from the studio again in 2003 with “ZEBRA IV”, on Mayhem
Records. This could possibly be the best effort by Zebra to date with powerful
cuts which include “Arabian Nights”, “Why” and “Waiting To Die”.

Zebra’s live performances often last over two hours and showcase their new
material along with all the classic Zebra tunes: “Who’s Behind the Door?”, “Tell
Me What You Want”, “Wait Until the Summer’s Gone”, “Bears”, “One More
Chance” and other all-time favorites including an occasional Led Zeppelin cover.

“ZEBRA THE DVD”, released in 2008 captures the band’s energy and power on
stage. The DVD features live concert footage from both Long Island and the
House of Blues in New Orleans in addition to several interviews and bonus
features.

On October 18, 2012 Zebra was inducted into the Long Island Music Hall of
Fame.