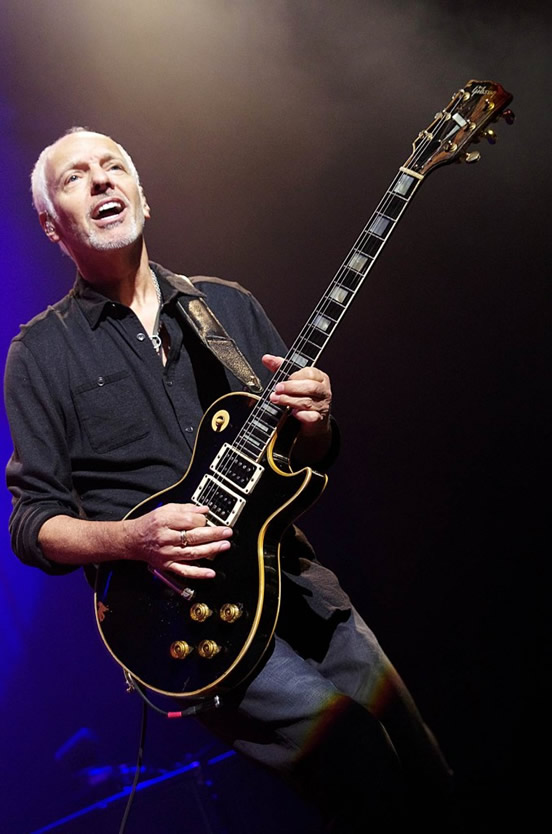 Hummingbird in a Box, the latest work from legendary musician and Grammy Winner Peter Frampton, was released in June 24 via RED Distribution.

The music debuted in April 2013 at Cincinnati’s Aronoff Center for the Arts. Two of the Cincinnati Ballet’s spring production’s segments were choreographed to existing Frampton music—with Frampton and his band performing live—while a third section featured the new composition by Frampton and Kennedy. Of the project Frampton notes, “Writing for dance was a wonderfully freeing experience. There were no boundaries. We were able to push the composing envelope,” and Kennedy furthers, “Songwriters and musicians create music to move people. This was beautiful, graceful, and instantly gratifying!”

Frampton has kept quite busy over the past year in addition to touring. He was recently inducted in the Musicians Hall of Fame, performed on-stage at the Grammy’s with Ringo Starr and also played an integral part in the 50th anniversary celebration of the Beatles’ arrival in the U.S. by performing on CBS’ “The Night That Changed America: A GRAMMY Salute to The Beatles.” Frampton also produced Humble Pie’s Rockin’ The Fillmore deluxe compilation with original member Jerry Shirley (available now via Omnivore Recordings). Moreover, he worked with the Cincinnati Ballet last spring providing and composing new music for their April production.

Grammy winner Peter Frampton remains one of the most celebrated artists and guitarists in rock history. At 16, he was lead singer and guitarist for British band the Herd. At 18, he co-founded one of the first super groups, seminal rock act Humble Pie. His session work includes collaborations with such legendary artists as George Harrison, Harry Nilsson, David Bowie, Jerry Lee Lewis, Ringo Starr, John Entwistle and many others. His fifth solo album, the electrifying Frampton Comes Alive!, is one of the top-selling live records of all time.