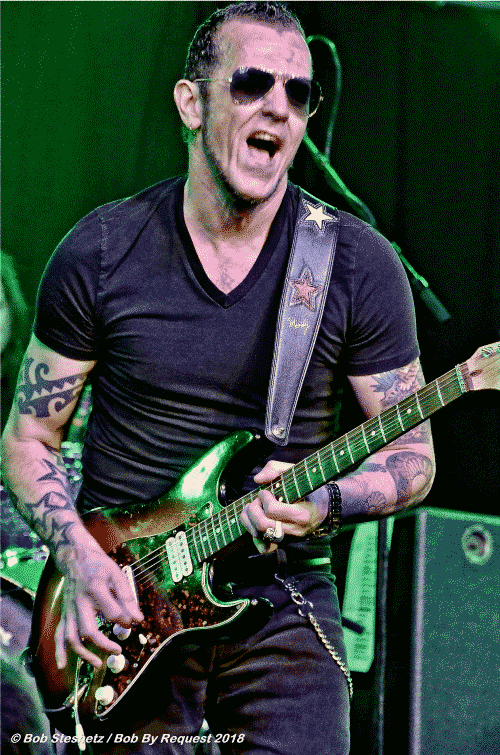 World renowned, rock guitarist, Gary Hoey prepares to record his follow-up album to “Deja Blues,” which will be on The Mascot Label Group. “I’m very excited to be on a guitar-driven label that has some of the greats that I admire like Warren Hanes, Robert Cray, Steve Lukather, Joe Bonamassa, Eric Johnson, and many more. I’m working on some surprise guests to play on the album with me because that’s what the blues is all about.”

Hoey’s first break came in 1987 when Ozzy Osbourne liked Hoey’s tape enough to fly him to LA for an audition. The gig went to Zakk Wylde, but Ozzy recommended Hoey move to LA and felt he would get noticed.  “I remember Ozzy mumbling in his British accent, but I did not understand a word. Sharon said, “You did not get the gig, but move to LA.” So I did. Thanks Ozzy.”

In 1992 Hoey released “Heavy Bones” on Reprise Records (Warner Bros.), a rock vocal album with Frankie Banali from Quiet Riot on drums. In 1993 Hoey recorded his first solo album for Reprise/Warner, the successful “Animal Instinct” album. His cover of “Hocus Pocus” rocketed into the Billboard’s Top 5 Rock Tracks. With a collection of 19 albums it’s no wonder Gary Hoey is listed as one of the top 100 guitarists of all time.

In 2012, Hoey produced and co-wrote, The Queen Of Metal, Lita Ford’s latest release, “Living Like a Runaway,” for SPV/Steamhammer Records to rave reviews. “It was a thrill to work with Lita… She is a true rocker and a pioneer for woman in rock. And lastly, she’s a kick ass guitar player.”