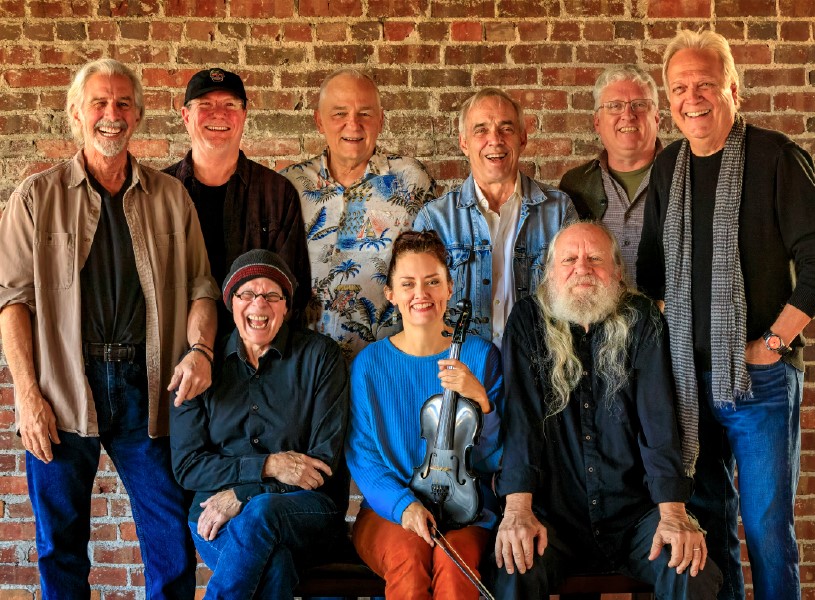 About The Ozark Mountain Daredevils

The Ozark Mountain Daredevils have been aptly described as “a ragtag collection of hippies, bohemians, and musicians of no fixed ambition.” They have always been indefinable in terms of music genres, producing sounds of country-rock and electric bluegrass all on the same record; writing lyrics both whimsical and poetic, singing harmonies that would send shivers up your spine.

The Daredevils’ formal beginning as a band was in Springfield, Missouri in 1971, and included musicians Larry Lee, Steve Cash, Michael Supe Granda, John Dillon, Buddy Brayfield, and Randle Chowning.  In the beginning they called themselves the Family Tree, then Burlap Socks, and then the Emergency Band. But finally, in a nod to Commander Cody who was one of their musical heroes, they settled on the catchy moniker of Cosmic Corncob & His Amazing Ozark Mountain Daredevils—The Ozark Mountain Daredevils, for short.

Since their early beginnings in December 1971, the Daredevils have released a number of major label and independent record label recordings, traveled millions of miles performing throughout North America and Europe, and they continue to grow and maintain a loyal and dedicated fan base throughout the world.

Their songs are regularly played on Classic Radio stations and, of course, songs like “If You Wanna Get To Heaven,” “Jackie Blue,” “Chicken Train,” “Standing On The Rock,” and countless others are still fan favorites across all media. Their current lineup of talented musicians allows the band to perform songs from every corner of their vast catalog, and they continue to delight Dareheads with their live performances. With two of the original co-founders still on board, their signature sound and style remain intact and vibrant. The newest Ozark Mountain Daredevils’ albums, Off The Beaten Path (2017), and Heaven 20/20 (2019) are their first studio recordings since 1997. Co-produced with band member, Nick Sibley, they contain all new songs offering solid proof of their nonstop evolution as songwriters and musicians.

We also want to give great praise to our horn player, Bill Jones, who composed all of the orchestrations for these songs for the Symphony players. Without his genius and tireless efforts these performances would not have been possible.