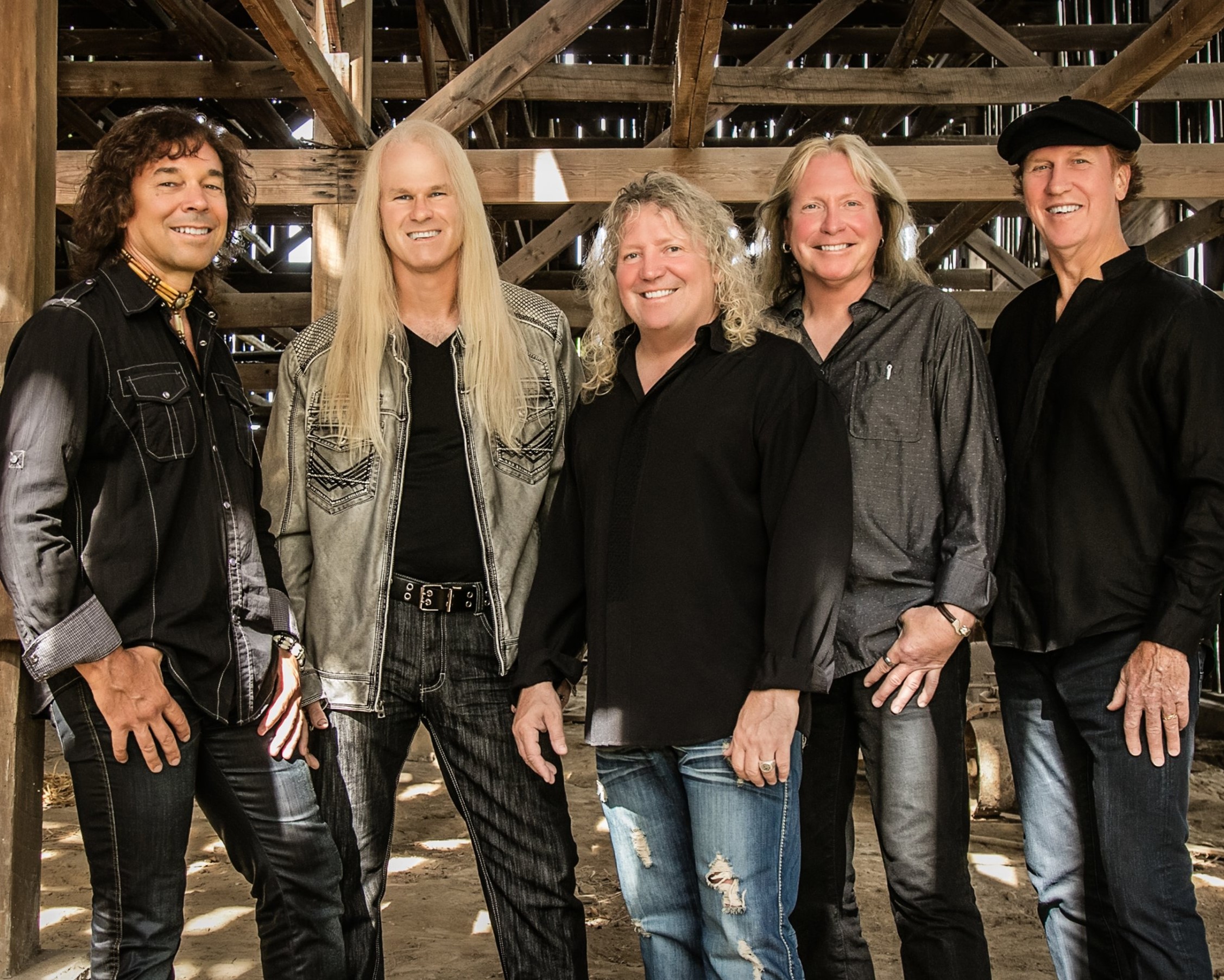 The legendary classic rock band Head East has long set the standard for authentic, full-vocal, good-time rock harmonies that few bands can equal. Their high-energy shows are filled with superb vocals, flashy guitar work and memorable keyboard melodies that continue to rock audiences of all ages. Their signature song, “THERE’S NEVER BEEN ANY REASON” with notable chorus, “Save my life I’m going down for the last time,” has long been considered by many radio stations across the country as “The Rock & Roll National Anthem.” This year Head East will be celebrating their 50th Anniversary by performing most cuts off of their iconic record, Flat As A Pancake. The band has brought classic arena rock to countless audiences all across North America. According to founding member and keyboardist Roger Boyd, Head East will continue to bring their brand of dance and shout, good-time rock and roll to audiences of all ages for many years to come. “As long as I can lift my synthesizer over my head and the audience goes wild, we’ll keep rockin’ on!”

Their music has been featured in the cult movie classic Dazed and Confused, as well as Sahara and The Education of Charlie Banks, and Emmy award-winning TV shows, Friday Night Lights and That 70s Show. Their newest release (April 2013), Raise A Little Hell, contains several Head East classic party rockers, including their monumental classic, “There’s Never Been Any Reason (Save My Life),” along with new, soon-to-be Head East classics that capture all of the excitement, energy and magic of their live shows.

Head East is a 5-piece band consisting of Roger Boyd (keyboards & vocals), Greg Manahan (bass, lead guitar & vocals), Glen Bridger (lead guitar & vocals), Eddy Jones (drums & vocals), and Darren Walker (lead vocals & bass). They have always been one of the friendliest, most approachable, professional bands in rock and roll who are willing to make themselves available at all times for interviews and “meet and greets.”