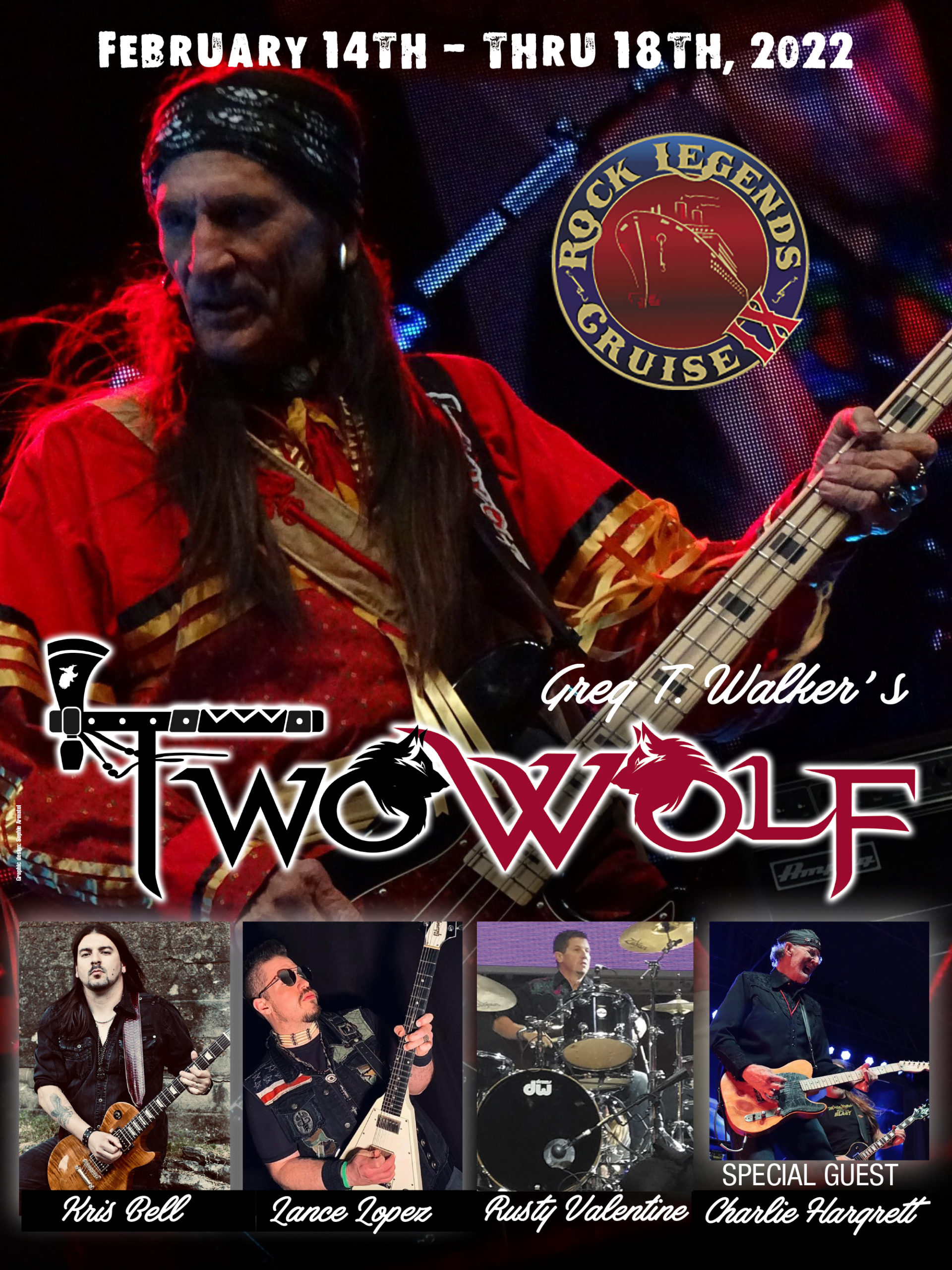 Formed in 2015, built on the platform of what is referred to now as Classic Rock is a band with a driving force of “in your face” Rock ‘n’ Roll to stir the soul and make you move your feet to the music. No pretense, heavy based tribal beats to please the listener.

Greg T: bass guitar, founding member and twenty-four-year veteran of Blackfoot. Muscogee Creek from the Eastern Branch of the Florida Creek Tribe, “pipe carrier,” has achieved many gold and platinum records in his career and toured the world many times. Also, an early member of Lynyrd Skynyrd you will find his name on many of their records. He has appeared on many recordings with other artists and released a solo record that nominated him for Best New Artist, Video of the Year, Song of the Year and a Lifetime Achievement Award from the Native American Music Awards. He has also written for two commercials and has a song in the pending new movie Two Nations.

Kris Bell: Highly recognized lead guitar, lead singer and songwriter. Based in Nashville Kris has released many CD’s and is an award-winning artist. He has toured the country, appeared on many tv shows that establishes him as a force to reckon with. Outstanding performer! He has shared the stages with many of the top recording groups through the years.

Lance Lopez: Lead guitar, lead singer, songwriter and based in Nashville is also a highly recognized artist with a catalog of CD’s under his belt. Having performed in and alongside many great artists has left his imprint in the industry. Another outstanding performer!

Rusty Valentine: Southern/Hard Rock drummer who makes his home in north Florida leaves his mark everywhere he goes with everyone he has performed with. Very lucky to have him in the fold again and looking toward to the future.

Charlie Hargrett: Lead guitar, special guest on occasion is also a founding member of Blackfoot with 21+ years. We call him the “tone master.” He contributed some great songs to the Blackfoot catalog, co-founded Black Molly with Banner Thomas (RIP) and is called on to perform at select festivals from time to time.