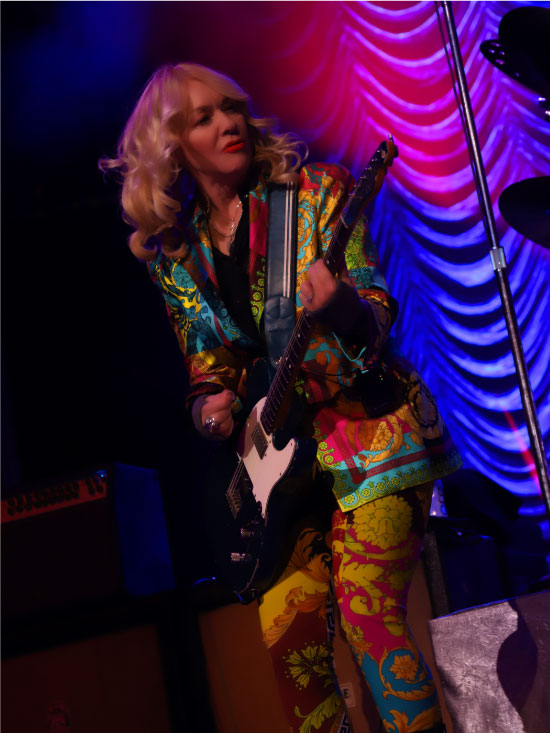 Nancy Wilson is celebrated as one of the seminal musicians in the history of rock n roll. A guitar virtuoso from the age of 10, Nancy (and her sister Ann) lead the multi-platinum rock group Heart (35 million records sold). Nancy’s is revered as an ingenious guitar player and a gifted lead vocalist. That’s Nancy singing on Heart’s first Number One Hit, “These Dreams.” As a songwriter, Nancy has co-written a collection of indelible songs that have earned their way into the classic rock canon. (“Magic Man,” “Crazy on You,” “Barracuda,” “Straight On”)

During an era when females in rock n’ roll were scarce, Nancy helped carve out a place for women to front a band and dominate a rock stage. Her icon status was cemented when Heart was inducted into the Rock n’ Roll Hall of Fame in 2012. That same year, she and her sister received a Star on the Walk of Fame in Hollywood. In 2013, the Wilson Sisters celebrated another career milestone when they performed Led Zeppelin’s “Stairway To Heaven” at the Kennedy Center Honors. Their note-perfect performance was met with rowdy cheers and a standing ovation in the staid hall and brought members of Led Zeppelin to tears. The video went viral on YouTube.

Nancy has also built a successful career as a film composer.  Her composing credits include scores for the Cameron Crowe films:

As a longtime film buff, Nancy has an encyclopedic knowledge of the language of film. She has years of experience working as part of filmmaking teams, helping to craft scenes that support the emotional tone of the film and advance the story. An instinctive musician, she applies her touch to enhance an intimate, human moment or to bring lift-off to a party scene.

Nancy’s onstage experience in Heart has taught her how to create connections with her audience in a concert. She brings this skill to her composing work, where she delivers unforgettable melodic themes, aimed at deepening her relationship with a viewing audience.