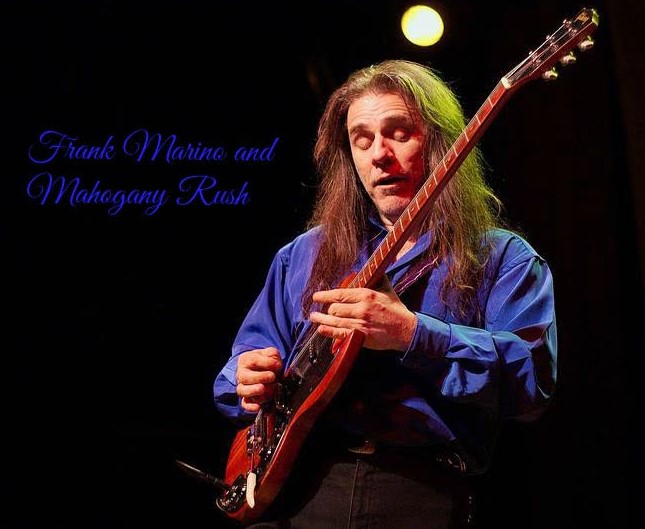 Mahogany Rush is a Canadian rock Jam band led by guitarist Frank Marino. The band had its peak of popularity in the 1970’s, playing such venues as California Jam II together with bands such as Aerosmith, Ted Nugent and Heart. Mahogany Rush formed in Montreal during 1970.

The band is perhaps best known for Marino’s soaring lead guitar which bears a strong resemblance to the playing of Jimi Hendrix. Long-term members of the band have included bassist Paul Harwood and drummer Jimmy Ayoub, and Frank’s brother Vince on guitar; Frank Marino is the sole continuous member of the band. Starting in the late 1970’s, the group recorded and toured as Frank Marino & Mahogany Rush.

The music of Mahogany Rush is diverse, ranging from genres such as psychedelic rock, blues rock, and funk rock (styles which are most prevalent on the group’s early releases), to a more standard hard rock/heavy metal style in their later career. Marino himself has described the band’s sound as “The Grateful Dead meets jazz.”

In an effort to gain press attention, the original record company created a fictional story that Frank Marino, prior to starting the band, had spent time in a mental institution after taking LSD and was visited by Jimi Hendrix in a vision. This gave him his inspiration to play as he did on the first album which very closely mirrored the style of Jimi Hendrix. By the time the third album, Strange Universe, was recorded, this approach to filling the public desire to purchase newer Jimi Hendrix-styled music had been perfected

Over time, the band migrated to a larger and more financially supported record company and achieved its greatest radio hit success with the song “Strange Dreams.”