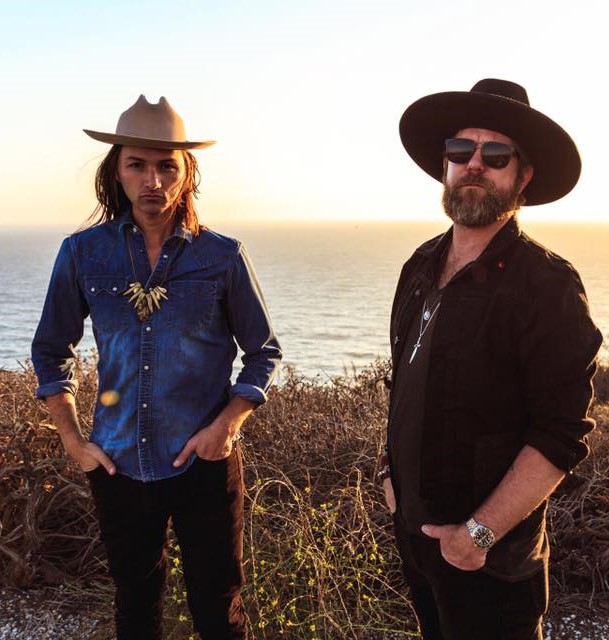 About The Devon Allman Project

When you’re part of a musical dynasty, it’s only natural that the personal and professional aspects of your life should intersect. It was no different for Devon Allman, whose late father Gregg Allman helped helm one of the most important and influential American bands of the past 50 years. It’s also little wonder that the younger Allman, an accomplished singer, songwriter and guitarist in his own right, should feel the tug of family responsibility and the desire to honor his father’s fabled legacy.

It was also only natural that following his father’s passing on May 27, 2017, Devon would take time to grieve his loss, be with his family and consider his own plans going forward. After all, he had been on the road continuously for twelve years, playing an average of 250 dates a year. Consequently he took six months off to rally around his loved ones and “rack up more time with my kid,” as he put it. That included monthly visits to see relatives on the West Coast and taking the time to heal and rearm himself with the impetus and inspiration needed to embark upon the next phase of his career.

“It felt good to take that time off,” Devon says in retrospect. “I needed to step back and make up  for lost time with the people that are close to me.”

Even so, he didn’t neglect music entirely. On December 8, 2017, on what would have been Gregg Allman’s 70th birthday, Devon and a group of special friends celebrated the elder Allman’s life and music with a special concert at the iconic Fillmore in San Francisco. An incredible array of artists took part — Robert Randolph, brothers Luther and Cody Dickinson, G Love, members of Phish, Samantha Fish, and Jimmy Hall, among them.

“It was a magical evening,” Devon recalls. “It was like a family gathering. There was so much great music, so many musicians who had such respect for my father, all of whom felt such a personal connection to both the man and his music. And when my manager told me that we could do the concert at the Fillmore, a place that obviously had such profound ties to my dad’s career, I couldn’t have been happier.”

The show also rekindled his enthusiasm for several projects he’s planning for 2018. In March his new six-piece band, The Devon Allman Project, will launch a world tour with special guest Duane Betts, the son of Allman Brothers co-founder Dickey Betts. The two men have known each since 1989 when Devon was 17 and Duane was 12. “We’ve had this enduring friendship ever since we  were kids,” Devon muses. “We’ve always talked about going out on tour together, and now the time seems right. He’ll start the show, then I’ll do my portion and finally the two of us will share the stage for the encore.”

It will, he says, be about comfort, remembrance and a special bond between musical brothers, sentiments that are especially meaningful at this particular time.