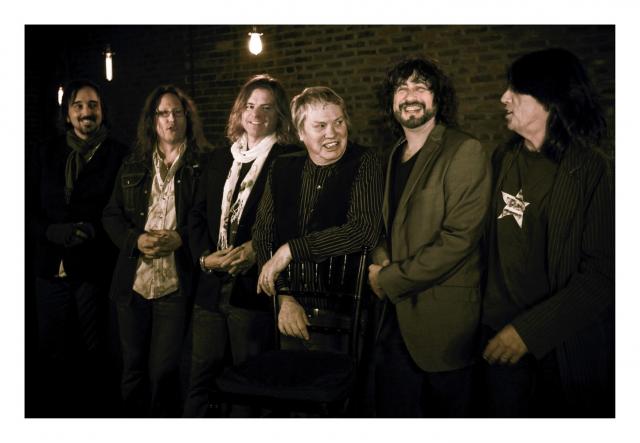 About Bobby Keys & The Suffering Bastards

Update:  Bobby Keys died at the age of 70 as a result of cirrhosis at his home in Franklin, Tennessee, on December 2, 2014.

You may not know that you already love his music, but you do.

Many of the greatest rock hits of the past five decades bear the unmistakable thumbprint of one of America’s most accomplished rock and roll icons: Bobby Keys. In fact, it’s impossible that any fan of popular music could be unfamiliar with the trademark sound and swaggery soul of the Texas-born saxophone player. From humble roots as an unaccredited performer with Buddy Holly and Dion (“The Wanderer”) to album-defining contributions with the Rolling Stones (Exile on Main Street, Sticky Fingers) to his work with each of the four Beatles and Elvis, his illustrious career has led him from studio to stage all across the globe. Collaborating with a list of musical legends you seldom see listed together outside of the Rock and Roll hall of Fame, Bobby Keys has won over the hearts and minds of both rock royalty and discerning music fans alike.

In recent years, Keys has stepped out of the sideman position and watched his own popularity grow, as an entirely new generation of listeners has begun to pay attention to the contributions of this one-of-a-kind artist. Beginning with a few word-of-mouth showcases at Nashville’s Mercy Lounge, the cream of Music City’s music community began to flock to Key’s performances. His concerts proved to be the perfect platform to pay tribute to his rich history, while showcasing his personality and undeniable stage presence. Very few artists have displayed the exceptional range of talent- not to mention the vast catalog of hits- as Bobby, so it’s only fitting that he would handpick a backing band as esteemed as his back catalog.

The Suffering Bastards is comprised of an all-star cast of renowned Nashville musicians including Dan Baird (Georgia Satellites), Brad Pemberton (Ryan Adams and the Cardinals), Michael Webb (John Fogerty, Poco), Chark Kinsolving (Mike Farris, Spoonful) and Robert Kearns (Lynyrd Skynyrd / Sheryl Crow). Together, this versatile band of musicians is able to effortlessly recreate spot-on renditions of hits from Keys’ storied career, as well as new compositions for an upcoming album. Presented in a rock and roll revue format, the songs are able to shine while the man behind the sax gets to tell his side of the story. And it’s a hell of a story.

With the release of his long-awaited autobiography Every Night Is A Saturday Night: The Rock ‘n’ Roll Life of Legendary Sax Man Bobby Keys (2012, Counterpoint), long time fans will finally be offered a glimpse behind the scenes of one of the genre’s most seasoned session players. 2012 will also see the release of a new documentary about his life, as well as a number of high-profile tour dates throughout the US. It’s shaping up to be another incredible year for Bobby, and with the help of the Suffering Bastards, it’s clear that this year will undoubtedly be just another zenith in a roller-coaster ride of a life that’s simply to good to be true.