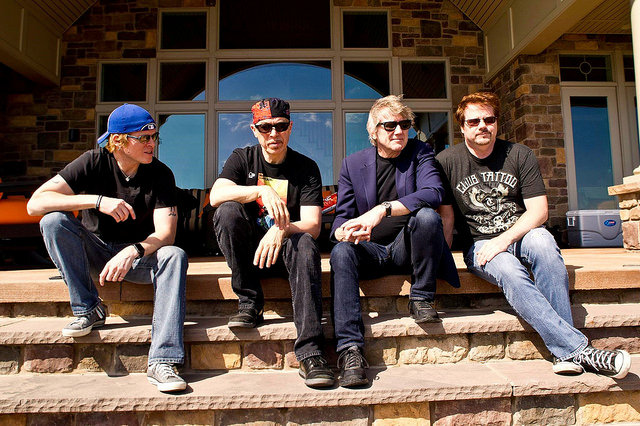 Rik’s RES 9 album was released in November of 2016 for the MASCOT / PROVOGUE label, out of Rotterdam. Emmett is a strong believer in teamwork, and to him, the overall vibe of RES 9 lies in the brotherhood and camaraderie shared amongst the band that made this special music together.

The RESolution9 band itself is comprised of Rik’s touring quartet, with Dave Dunlop on guitar, Steve Skingley on bass and keyboards, and Paul DeLong on drums. Dunlop and Skingley also co-produced the album with Emmett.  The project continues the positivity that has become a hallmark of Rik’s career.  Emmett says: “There’s a lyric line on there about raising a joyful noise — I still like to do that.”

The ultimate goal for Rik and his band is to connect with as many people as possible. “I still want to make positive music and offer people something that’s motivating and inspiring — and I want to do it for myself too. I need music, and music can provide that lifeline for me.”

After five decades in the biz, the adjectives ‘prolific’ and ‘eclectic’ frequently pop up in Rik Emmett’s profiles.  Following over a dozen platinum albums from his Triumph years, he’s produced 19 more as a non-platinum indie, ranging from rock to blues to jazz to folk to classical – which led to the making of a new full-blown rock record again in 2016, RES 9, for the MASCOT / PROVOGUE label on a worldwide deal.

International notoriety earned Rik entry into three Canadian Halls of Fame, and a star on the Walk of Fame in his old hometown.  He’s also  picked up a few ‘Best Guitarist’ awards from different organizations, in various style categories, along the way.

Author of a GUITAR PLAYER magazine column for over a dozen years, the resulting compilation instruction book, “For The Love of Guitar”, was rated #4 in Shawn Persinger’s review of “The 50 Greatest Guitar Books”.  As a music educator, Mr. E. remains humbly proud of his long-standing inclusion on the heavily-respected Humber College faculty, where he’s taught Songwriting, Music Business and Directed Studies.  He’s also the Artistic Director Emeritus of the Songstudio Songwriting Workshop in Toronto, which he launched with his pal, Blair Packham, 13 summers ago.