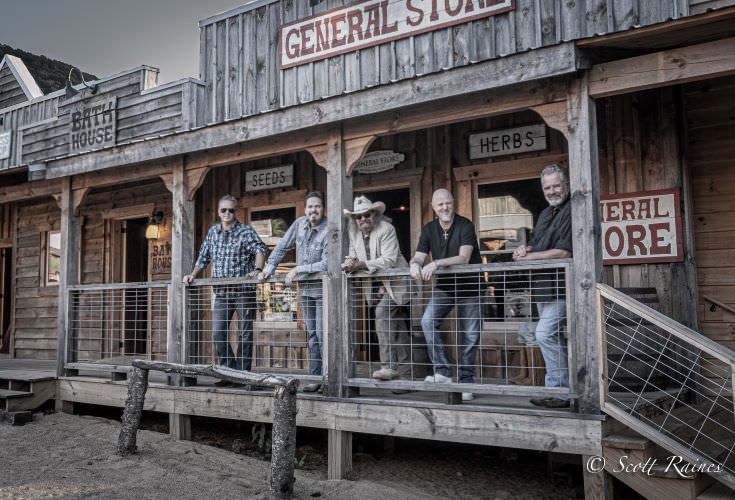 The years Artimus played with Skynyrd were the years that solidified the legend behind the band with classic rock songs such as “Saturday Night Special,” “Gimme Back My Bullets,” “That Smell,” “I Know A Little” and “Freebird.” The band quickly developed into one of the nation’s top touring draws with a grueling schedule of 300 shows a year. During the next few years Lynyrd Skynyrd’s songs became radio staples. Their album, Street Survivors, had just been released to critical and popular acclaim. The ambitious new tour, just days underway, saw sellout crowds. On October 20, 1977, as the sun was setting in Mississippi, the chartered plane ran out of fuel and fell from the sky.

The plane crash took the lives of band leader and vocalist, Ronnie Van Zant, guitarist Steve Gaines, vocalist Cassie Gaines, road manager Dean Kilpatrick, as well as both pilots, and seriously injured the surviving band members and crew. Artimus, who had a broken sternum from the impact, used his Marine Corp training and survival instincts to find and bring help to his critically injured friends in densely wooded thicket. Artimus started APB in 1981 after recovering from the plane crash and initially signed the band with MCA. The Band was known at the time as APB, or All Points Bulletin, and released two albums in the early 80’s. When Lynyrd Skynyrd members joined together for the Tribute Tour in 1987, APB took a hiatus, and Artimus reunited with Skynyrd. Two of the early APB songs are featured on the Lynyrd Skynyrd CD, entitled Solo Flytes, that was released by MCA. Many unbelievably talented musicians have participated in the APB project since it’s conception over twenty years ago.

After more than twenty years and several versions of APB, Pyle has focused his energy on music that feels right and makes him proud. Southern Rockin’ Blues that is soul soothing, foot stomping, homespun and performed with a top notch band. The Artimus Pyle Band released APB : Live From Planet Earth in 1999 and toured internationally to support the CD. Artimus pours his heart and history out on stage for every performance. He sincerely carries the torch in loving memory of his dear friends, Ronnie Van Zant, Allen Collins, Steve Gaines, Cassie Gaines and Leon Wilkeson, to help their spirits and songs they performed together live on forever.

Branching out into other forms of experimental music, Pyle conceived and created a band with his sons, called The Fenwicks. From which, two incredible Afro-Celtic-Yiddish-Ska CD’s have emerged. Pyle has performed at numerous functions, with Charlie Daniels, Jerry Lee Lewis, The Black Crowes, Maria Muldar, Carlos Santana, Do Diddley, Dickie Betts, Phil Lesh, Friends, and the list literally goes on and on. Artimus released his CD entitled Artimus Venomus in 2006 with Storm Dog Records in Nashville.