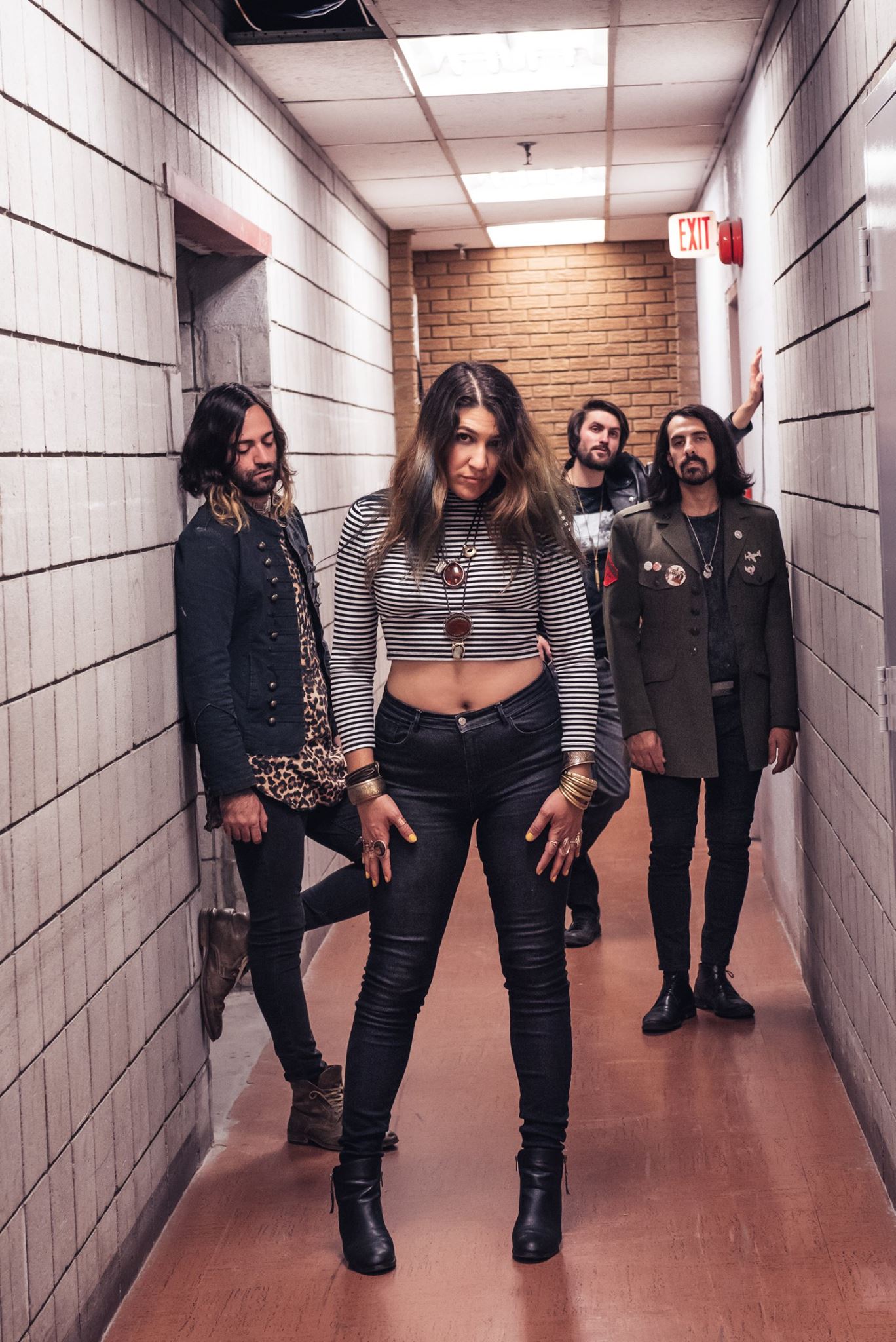 About The Damn Truth

There are times when rock’n’roll is off the leash, off the rails and, at the risk of understatement, off its rocker. For the most part, now is not one of those times. But there are forces at work in defiance of this state of affairs. And that’s The Damn Truth.

You could say that Montreal’s The Damn Truth are keeping rock honest, and nowhere is that more apparent than on the group’s newest full-length album, the sophomore Devilish Folk. The follow-up to their critically acclaimed debut, Dear in the Headlights, Devilish Folk sees the band – Lee-La Baum (vocals/guitar), Tom Shemer (guitars) and Dave Traina (drums) – doubling down on the bruising blues-based, blue-collar rock that distinguished them, and made them something of a musical anomaly, from the moment of inception. In a world where being different doesn’t always mean being celebrated, The Damn Truth are fighting the good fight.

“There isn’t much out there like us,” says Lee-La. “Being the only ones is, in a way, part of what keeps us going, especially during the tough times. All we ever wanted was just to be in a band that we would want to listen to. So we’ve always been kind of fighting for our place.”

And they in turn have a well-earned reputation for keeping audiences on the edge… of their seats. Not that anyone’s actually sitting at their shows. A live dynamo that has shared the stage with the likes of The Cult, Dee Snyder, Three Days Grace, Rival Sons, Monster Truck, Airbourne and July Talk. The Damn Truth concerts are something of a wild, unpredictable animal. Spontaneous, emotional and visceral, it’s the kind of music you feel like you can almost touch.

The Damn Truth have never aspired to be anything other than what they are, and they come by it naturally. Musically, they exist at the point at which band members’ abilities and interests intersect. “And the pieces just kind of fall where they fall,” says Tom. The first pieces began falling into place when Lee-La and Tom met butt-naked in a hippie festival. Lee-La was singing CSNY’s “Almost Cut My Hair” and Tom immediately pulled out his guitar and they jammed all night. “And we never really stopped,” adds Tom.

The EP gave listeners a first glimpse of the band’s now not-so-secret weapon: singer Lee-La Baum, a ferocious, no-holds-barred vocalist capable of running the range of emotions without breaking a sweat, at times suggestive of a Janis Joplin or Joan Jett, at others mildly reminiscent of a Stevie Nicks or Tracy Chapman, Lee-La is nevertheless very much her own woman, a vocal powerhouse who resists narrow definitions. “I think it’s pretty awesome that people can find a reference that works for them and I’m cool with that,” says Lee-La. “I have a lot of inspirations, and I’m always listening to music, but I’ve never said, ‘Okay, I want to be that’ or ‘I’m going to emulate or channel, say, Janis Joplin.’ That’s never, ever been a thing. When I close my eyes and sing, I’m just me.”

Lee-La has also recently been chosen as the voice of the new YSL BEAUTY perfume MON PARIS, singing U2’s “Love is Blindness” in their worldwide campaign ad.

Following the EP, The Damn Truth fully unloaded with the thunderous, unrelenting and uncompromising Dear in the Headlights LP (2012), unveiling a sound that comfortably touches on many different eras and genres of rock, from ’70s classic rock to ’60s psych-folk, to blues to punk and many points in between. This goes some way towards explaining the band’s unusually broad appeal: to the traditional rock crowd as well as indie rock aficionados, to men and women, to teenagers to twenty-somethings to their parents, who may recognize the spark of something wild and free that was once very familiar. “I think some of the older people are drawn to the band because we remind them of what rock’n’roll used to be like in its heyday,” says Tom. “When it was still a bit dangerous.”

With Devilish Folk, everyone’s about to get another loud reminder. From the outset, the 12-song Devilish Folk gives no quarter and takes no prisoners. It comes roaring out of the gate with the propulsive, heavy-bottomed “White Lies,” which sets the tone for much of the remainder of the record. Songs like the epic riff-rocket “Pirates & Politicians,” metal-edged rager “Wouldn’t Be Lying,” retro-styled garage rocker “Get With You” (also the first single off the album, released on vinyl in May 2014), the compellingly melancholic “The Match” and the album-closing “Devilish Folk” (“It’s an incentive to get to the end of the album,” says Dave, “because there’s a candy waiting there for you.”).

Devilish Folk was produced by the aforementioned Jean Massicotte, while Grammy-Award-winning producer/engineer/mixer Tchad Blake (Black Keys, Arctic Monkeys, U2) mixed nine of the 12 songs on the album. For mastering they enlisted John Davis (Led Zeppelin, Arctic Monkeys, Florence and the Machine). The results surpassed already high expectations, something they also attribute to a change in their process.

“Dear in the Headlights happened naturally, without too much thought,” explains Tom. “But Devilish Folk happened in a different way. We spent a lot more time on arrangements and the forms for the song and working through them in several stages before going into the studio to record them. It was a lot more mindful process.”

A great deal of thought also went into the artwork for Devilish Folk. A recent Montreal exhibition of work by NYC street artist, Enzo Sarto, so inspired the band that they reached out to him to collaborate on artwork for the new album. The admiration would become mutual and deep connections forged, so much so that in addition to creating Devilish Folk’s front and back covers, Enzo is also collaborating with The Damn Truth on a series of edgy street art band member portraits to be rolled out in New York, Boston and Montreal for starters.

It doesn’t get much more rock’n’roll than that. And again, that’s The Damn Truth.