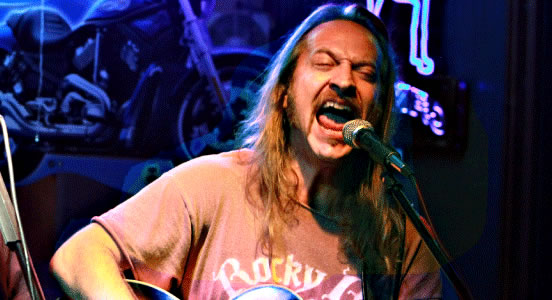 About The Chris Hicks Band

Since the age of seven, Chris Hicks’ only passion has been playing guitar.  He created his first band when he was 14 and has been a shooting star ever since.  Heading up The Loose Change Band from 1980 through 1988, Chris developed his distinctive style and grabbed the attention of listeners across the country.  The legendary Outlaws recruited Chris in 1989.  He captivated a rapidly expanding coterie of supporters with smoldering hot guitar work, powerful blues vocals and expressive songwriting.  Chris played on and contributed songs to the Outlaws releases, “Hittin’ The Road Live” and “Diablo Canyon.”  He returned home to produce his first solo album, “Funky Broadway” which was nationally distributed by Ichiban Records.  Soon after its release Chris was sought out by The Marshall Tucker Band.  His signature licks and heart-pounding vocals fused perfectly with the band’s unique sound and can be heard on their latest release, “Face Down In The Blues.”  Having gained a solid reputation as a well-respected solo artist, he continues to create a unique musical experience best described as “soulfully inspiring.”

Chris’ talent and ability to provide an original and versatile sound has landed him opening spots for The Atlanta Rhythm Section, Jefferson Starship, .38 Special, The Charlie Daniels Band, Edgar Winter, Eddie Money, REO Speedwagon and several multi-band tours.  His song, “Love Is On The Line,” was featured in the film Fast Food, starring Jim Varney.  His song “Blues Got Me Down,” was hand-picked by Taxim Records to appear on their European blues compilation, “Peach State Blues.”  The record also highlights Chris’ lead vocals on Barry Richman’s “Here Again.”  His work also includes several television and radio commercials, a motivational tour, and numerous guest appearances both on stage and in recording productions for various artists.

The new millennium finds The Chris Hicks Band hard at work recording tracks for album number two and…back on the road, blazing with the force, spirit and music his fans have come to know and expect.