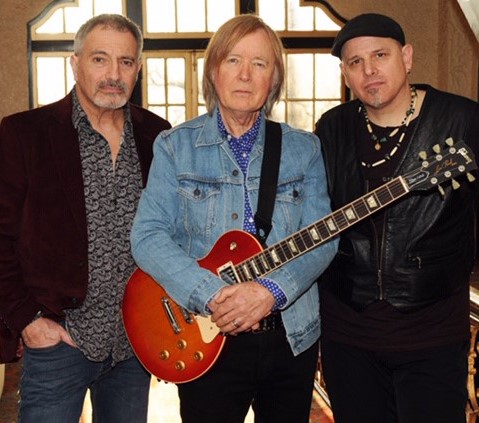 Savoy Brown was formed by guitarist Kim Simmonds in 1965 in London, England and is one of the longest running blues/rock bands in existence.

Simmonds has been the group’s guiding hand from the first singles released in 1966 through the band’s newest effort Aint Done Yet, their 41st album, to be released in September 2020 on QVR records.

Energetic blues has been the calling card of the band from the beginning. “Blues rock” became the catch-all phrase in the late 1960s to describe the band’s music along with that of contemporaries such as Cream, Fleetwood Mac and Jimi Hendrix. In fact, in the 2013 drama film,  Jimi Hendrix: All Is By My Side, Savoy Brown’s song “Train To Nowhere” was included in the soundtrack.

Many of the band’s singles and albums have appeared on the Billboard Hot Hundred charts including songs such as “I’m Tired”, “Train To Nowhere” and “Tell Mama” and albums such as Hellbound Train.

In 2017, the album Witchy Feelin’ reached #1 on the Billboard Blues chart.

Savoy Brown established national status in the 1970s by headlining iconic stages such as Carnegie Hall and Royal Albert Hall. The story continues to this day with Simmonds being helped along by Scott Holt on guitar and vocals, Pat DeSalvo on bass and Garnet Grimm on drums.

Simmonds said, “I still have the same energy as I had in my twenties and I have never stopped enjoying entertaining a crowd and giving people inspiration.”

Savoy Brown and Kim Simmonds have a body of work matched by only a small portion of musical artists. As they continue to tour the world, young and old find inspiration in their energy, timeless music, classic style and ageless performances.