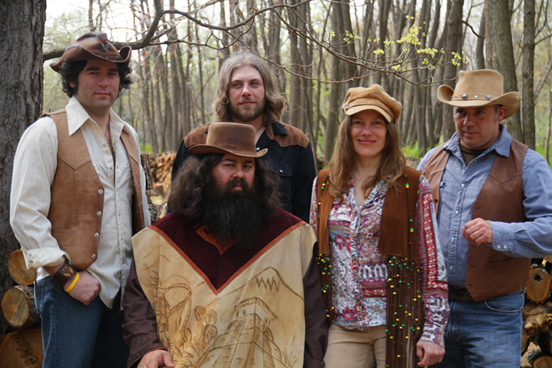 They aren’t Waylon or Willie, or Gram or Emmy Lou, because no one can be.  They raise pigs and chickens and put-up food from the garden.  They play music because it is part of them – down to, into the soil, embedded in the land, and their blood.  And their music is so pure that there isn’t a Texan, Kentuckian or Carolinian who can tell where they are from.

Citizens Band Radio is not a nostalgia band – they are the good ole days.  Pedal steel, guitars, mandolin and drums, harnessed together to light up the night with powerful harmonies, homegrown tunes, and positivity.   Touring up and down the east coast and beyond – and all the way to Texas  – in a 1957 GMC Motor Coach, playing vintage instruments, enjoying each other’s company, making music together – because it feels good!

CBR is a good time band, and they are serious about it – serious about making their fans happy, keeping them smiling, dancing, moving!  CB Radio takes the stage and plays hard and tastefully to turn heads and earn the respect of promoters and audiences, large and small, young and old, country and city.  Citizens Band Radio is a band for the Citizens, a Band for the people.

Over the last 3 years, CBR has averaged 130 dates per year.  They are well known for their strong song writing abilities as well as their high energy live performances.